We have 3 guests and no members online 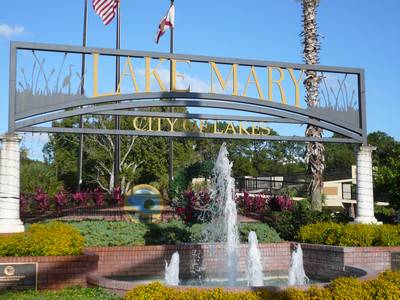 Lake Mary in Central Florida is considered a relatively new city in Seminole County, but in fact, Lake Mary has been around since the 19th century. The city started with 2 tiny settlements both of which were located along the railroad that connected Sanford and Orlando. Lake Mary did not become an incorporated city until August 7, 1973 even though the chamber of commerce was established in 1923.

Originally considered citrus & agricultural based, Lake Mary has transformed itself into a city with many upscale communities, notably Heathrow Club which was started by fast food giant Polucchi in 1985.

Though there no major malls directly in Lake Mary, both the Seminole Towne Center and Altamonte Mall are both a short distance away. Throughout the city you can still find plenty of shops and specialty stores sprinkled around.

One of the main draws of Lake Mary is its abundance of upscale dining options. At I-4 exit 101A for 46A A you will encounter the newer Colonial Towne Center with Dexters, popular for their Sunday brunch and nightly entertainment. The national headquarters for Ruth's Chris Steakhouse has been relocated to Lake Mary and it brings with it one of their most impressive restaurants.

Back to Regency Park Amenities